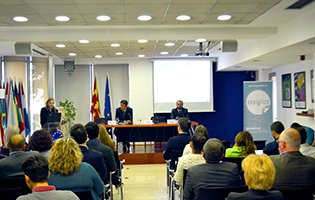 "Energy conference - “The future of energy, where Macedonia and EU meet”

The conference held on 29 September 2016 at the EU Info center in Skopje, was the last event organised in Macedonia under the EU funded SEE SEP (South East Europe Sustainable Energy Policy) project. Analytica together with its partners Eko-svest and Front 21/42 presented the findings of the two documents which resulted from the SEE 2050 Carbon Calculаtor which we published in 2015. 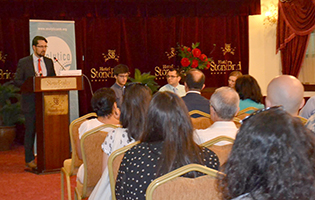 The majority of the citizens from the countries of the Western Balkan believe that the police most of the time operates as a means to protect the government, political parties and the highest ranks of the police interest. At the same time, the police is one of the institutions with the highest trust rate among the citizens of Kosovo, Albania, Macedonia, Montenegro, Bosnia and Herzegovina and Serbia. These are two of the main findings from the research that Analytica Think Tank presented on the 1st of September at the Stone Bridge hotel in Skopje. The public opinion polls were conducted as a part of the project activities of the POINTPULSE network of NGOs.

Analytica think tank through the Regional network of civil society organisations POINTPULSE presents the results of the public opinion survey „The Citizens' Opinion of the Police Force”.

Analytica think tank through the Regional network of civil society organisations POINTPULSE organises the presentation of results of the public opinion survey „The Citizens' Opinion of the Police Force” that will take place on Thursday, 1 September, at Hotel Stone Bridge starting at 10h.