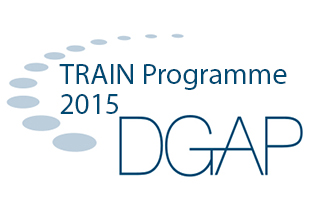 Analytica is pleased to announce for the third time has been selected to participate the TRAIN Programme (Think Tanks providing Research and Advice through Interaction and Networking) funded by the Federal Foreign Office (Stability Pact for South Eastern Europe) and run by the German Council on Foreign Relations (DGAP).

The research will be conducted by our security research fellow Kaltrina Selimi. She will work on the paper “Examination of External Oversight Mechanisms of Police Forces in Macedonia”.

The aim of this policy paper is to examine the external oversight mechanisms of police forces,  in light of Macedonia’s EU integration policies and the strengthening of democratic governmental policies, it is of significant importance to further research how the lack of independent external oversight body affects the work of the police forces and whether further reforms are needed or what measures for improvement should be taken.

The TRAIN Programme (Think Tanks providing Research and Advice through Interaction and Networking) seeks to foster a fruitful policy dialogue between think tanks and political actors in the EU candidate countries and potential candidate countries of the Western Balkans.

Especially with a view to the European integration process, the voice of think tanks of the region and their impact upon national policy-making must be strengthened and their visibility and credibility vis-à-vis EU actors enhanced. In order to build the necessary institutional capacity in the countries concerned and to support networking within the region as well as in Brussels, the programme focuses on four areas:

-          Training to build upon and enhance existing capacities;

-          Networking with EU actors to increase visibility on the Brussels stage.

The TRAIN programme is divided into four key stages:

Also, in regards to the subject of oversight over security sector, previously has been carried out the research project “Mapping and monitoring security sector reform in Western Balkans”,  implemented by other Analytica’s researchers in the period 2009 - 2012 in cooperation with the Belgrade Center for Security Policy (BCSP).

Information about the TRAIN 2013 project at the website of DGAP.

For more information on the project, please contact Kaltrina Selimi This email address is being protected from spambots. You need JavaScript enabled to view it..