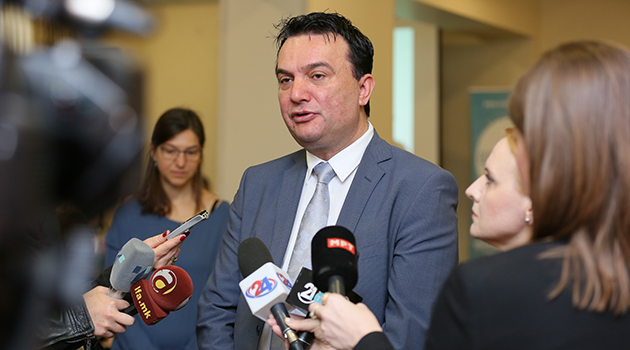 Public infrastructure in southeast Europe - in whose interest?

On April 17, 2018, the first regional conference was held, within the Project Civil Society Organizations as equal partners in monitoring public finances. At the conference, the study on infrastructure projects (in the field of transport and energy) in the countries of the region was presented, and it analyzes the degree of citizens involvement in the decision-making process for financing and commencement of infrastructure projects. This Regional analysis showed that infrastructure projects in Southeast Europe are often characterized by a lack of transparency and the risk of corruption.

"The important strategic infrastructure projects must be defined in consultation with civil society sector, but also the authorities to be transparent in the implementation of these projects. The analysis shows that so far in the Balkans, many of the projects have been realized without taking into consideration the negative effects on the environment, based on obsolete studies, but also with serious indications of violations of the laws in the implementation of these projects ", - said Sonja Risteska, one of the authors of the study. The plan to build 400 small hydropower plants in Macedonia, is based on a study developed in the 1970s, fifty years old, according to the analysis. "New strategies and new studies are needed that will demonstrate the feasibility of these projects and the benefit to citizens, taking into account environmental conservation and climate change." - say the authors of the study. Risteska stressed that due to corruption scandals in the past in the transport and energy sectors, it is necessary in the future to be given a chance to companies that do not have corruption scandals in the past.

Zvezdan Kalmar, a representative of the Serbian NGO "CEKOR", pointed out that there are badly designed infrastructure projects in Serbia that have led to the displacement of people and the discharge of entire areas. He emphasized that priority is given to private interests, macroeconomic stability is not taken into account, and projects have a major negative impact on the environment.

The Minister of Transport and Communications Mr.Goran Sugareski outlined the main infrastructure projects that the Government of Macedonia is currently implementing, as well as the plan for future investments in infrastructure. "The government is committed to investing in capital infrastructure projects, and it does it in a transparent process, something that was not the case in the past," - said Sugareski. He said he had come across contracts for projects that broke down the procurement procedures costing the state tens of millions of euros. Sugareski announced that the Demir Kapija-Smokvica highway will be put into operation next week.

Nenad Sijakovic, a representative of the energy community, noted that when assessing the launch of these projects, financial aspects are almost never seen in the first place, but only socio-economic ones. It is important to know what the implications of projects will have on citizens and society, the profit of companies should not be in the foreground.

The full analysis is available on the following link: http://wings-of-hope.ba/wp-content/uploads/2018/04/Public-infrastructure-in-southeast-Europe-in-whose-interest.pdf