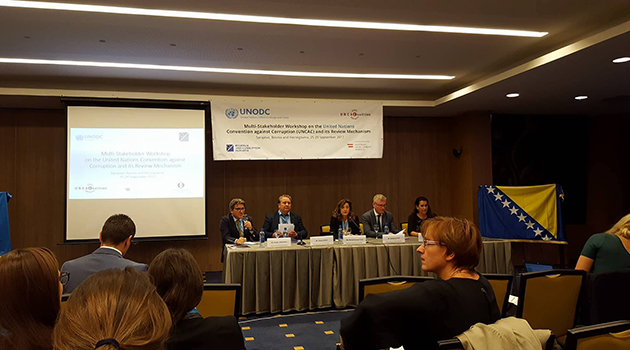 The workshop gathered together around 60 participants from the civil society, governments and the private sector. Participants were trained about the methodology for country reviews and informed on the modules for CSOs participation during the second review cycle.

This is the first workshop of this kind to be held in Southeast Europe and it took place from 25 to 29 September 2017 in Sarajevo, Bosnia and Herzegovina. The event was supported by the Austrian Development Agency through the Regional Anti-Corruption Initiative, and by the European Bank for Reconstruction and Development.

The UN Convention against Corruption is ratified by 182 States and is the only legally binding, universal, anti-corruption instrument. 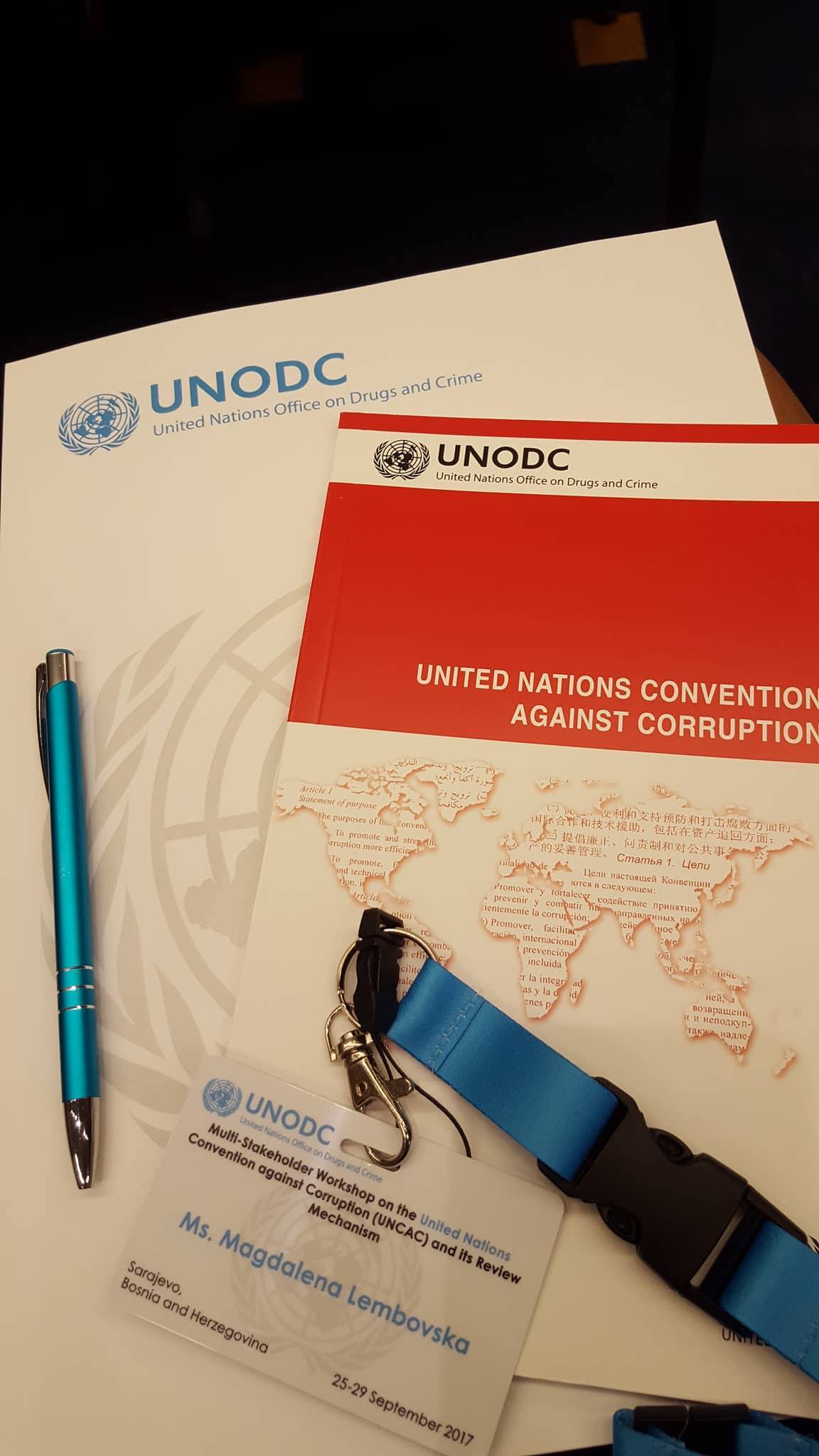