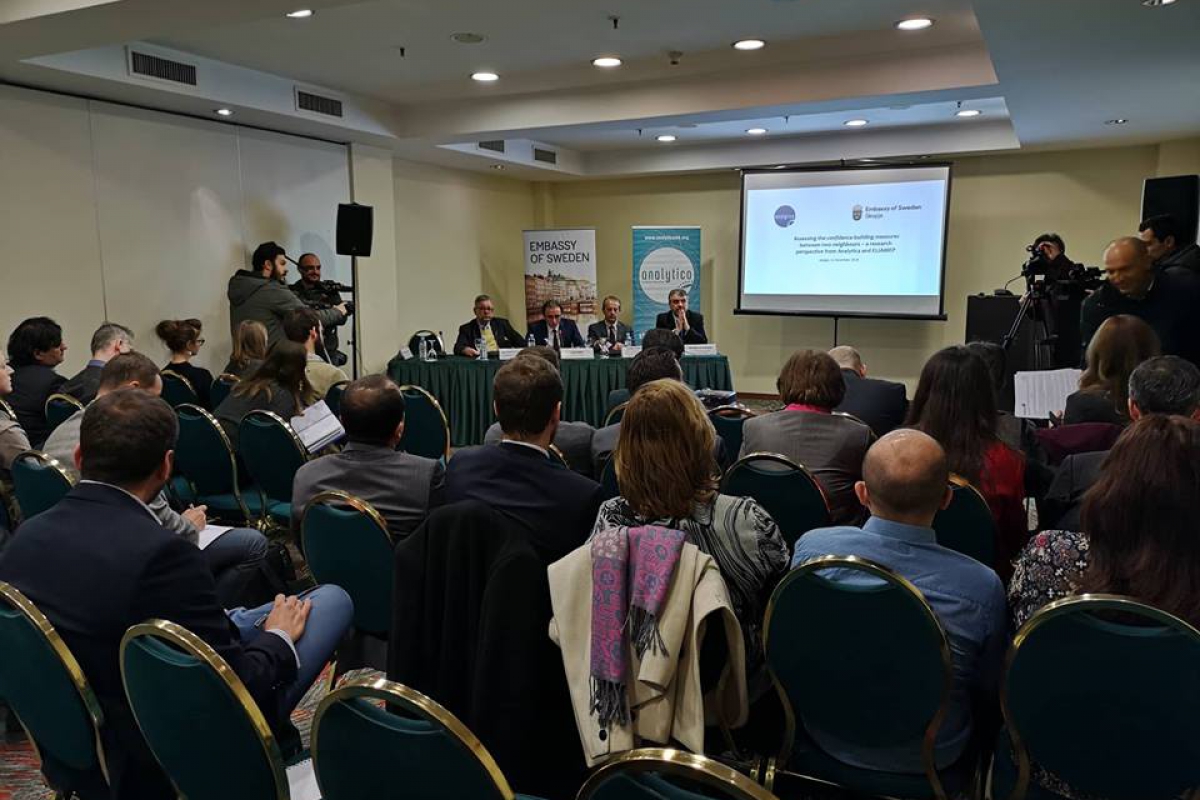 Analytica in cooperation with the Embassy of Sweden in Skopje organised the event titled: "Cooperation in the field of justice and home affairs as a confidence-building measure between two neighbours – a research perspective from Analytica and ELIAMEP". The event was held on 11 December 2018 at Holiday Inn, Skopje.

Openning remarks were given by:

Goran Stevchevski, Director of the Directorate for bilateral relations with Southeast European countries and regional initiatives, Ministry of Foreign Affairs of the Republic of Macedonia

During the opening remarks, the stakeholders highlighted the importance of the initiatives for cooperation between the Republic of Macedonia and the Republic of Greece, especially those led by the civil societies in the two countries.

Research findings were presented by:

Research findings show that the last few years brought significant initiatives for establishing police cooperation between the two countries, while the migration crisis acted as a catalyst for cooperation. In absence of a legal framework and track record of police cooperation, the confidence building measures provided the necessary platform and institutional framework for more structured consultations and adopting measures for improvement. On the other side, cooperation in the field of justice remains to be a challenge.

An external perspective of the findings was provided by Ljupcho Petkovski, Executive Director at Eurothink, who commented on the findings and discussed the future of the Prespa Agreement.
The event was attended by representatives of state institutions, civil society organizations, the international community and media.

This activity is part of the project “Confidence building measures, view from civil society” supported by the Swedish Ministry of Foreign Affairs.