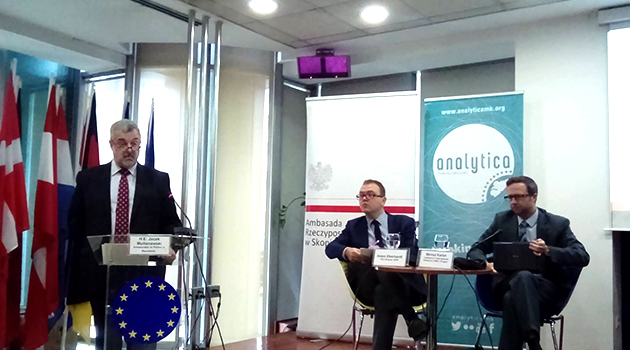 Conference: “Visegrad Group and the Western Balkans - what is next for the two regions?

Analytica think tank in partnership with the Embassy of Poland in Skopje and the Centre for Eastern Studies (OSW) on 18 May organised a one-day conference “Visegrad Group and the Western Balkans - what is next for the two regions?

The following issues were discussed:

Apart from the Centre for Eastern Studies from Warsaw, representatives from other think tanks across the V4 counties were present at the conference and shared their views on the V4 – Western Balkans relations. These involved: Institute for International Relations (UMV), Prague, Slovak Foreign Policy Association (SFPA) Bratislava and the Institute for Foreign Affairs and Trade (IFAT) from Budapest. 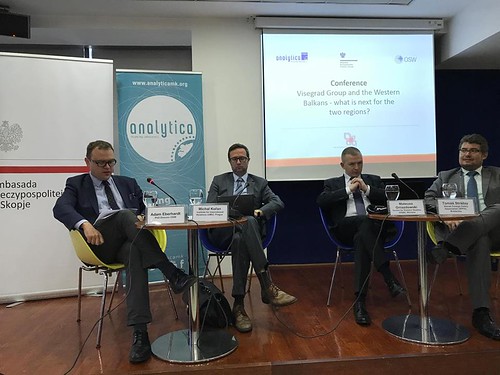