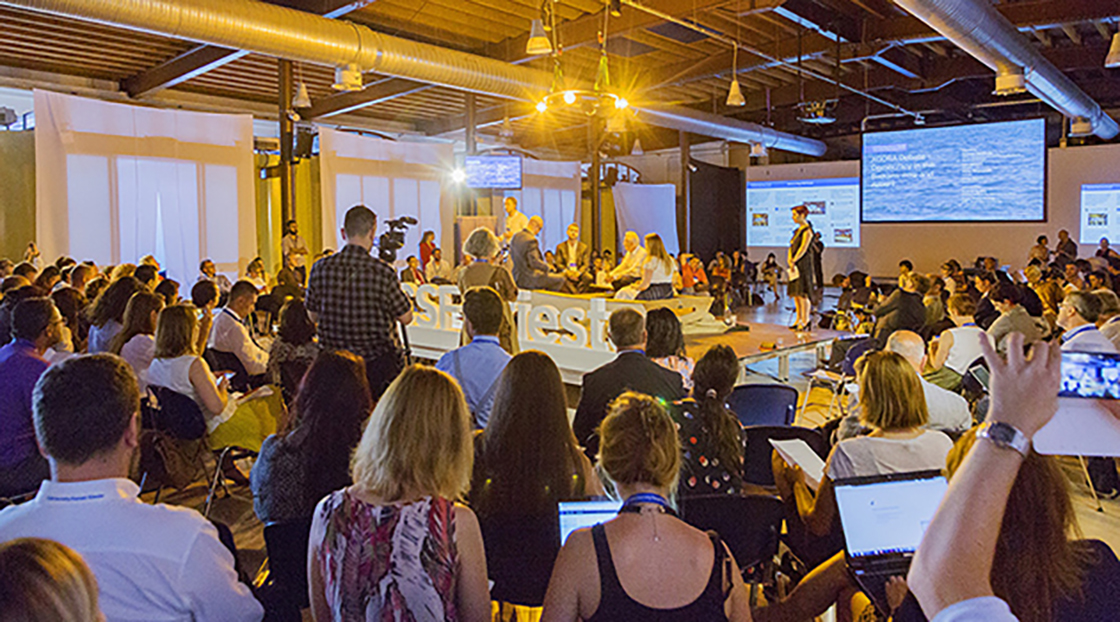 On the 11 and 12 of July took place the Civil Society Forum Trieste which is linked to the 4th intergovernmental Summit of Western Balkans and EU countries and brought together representatives of civil society organisations with the objective of providing a platform for their impact on the so-called Berlin Process.

The Forum considered the topics high on the agenda of the political Summit: youth cooperation, rule of law and anti-corruption, enterprise development and innovation potentials, regional cooperation and bilateral issues; also, it initiated debates on questions as environment, energy and climate change, migrations, media freedoms, the issue of Brexit in relevance to the Western Balkans and the possible role of civil society in increasing the efficiency of the Berlin Process through communications. More info on the Forum here: http://wb-csf.eu/civil-society-forum-trieste-2017/

Our Research and Management coordinator Sonja Risteska took part in the working group on Energy, climate change and the environment where the main message from the CSOs to our ministers and politicians was: Energy, environment and climate change strategies should not be developed around one single project (like in the case of Kosovo and coal power plant Kosova e Re or the Energy Strategy in Bosnia and Herzegovina) but should be comprehensive and visionary documents designed as results of participatory
process including local experts and CSO’s. Counter-polarizing, open-ended, solution-seeking processes as unconstrained as possible by prior narratives are needed: Policy developers/governments must keep in mind the immense need for public discussions when developing infrastructure projects (existing and new power plants in WB6 are very good example), must ensure common understanding of the process and must take into account economic and poverty-related effects of these projects. Infrastructure projects must not compromise the well-being and health of citizens, nature and future generations and not create social conflict among citizens.

Strategies in the domains of environment, energy and climate change have to be sound, effective and drafted in a transparent way.

The main document with key recommendation can be found here.

The governments joint press release mentioned: "While overall good progress is noted on preparatory work, Western Balkan leaders acknowledged the need to increase their efforts in order that measures are completed and make a real difference on the ground to attract investments and reap their full benefit, taking into account that a sustainable energy policy and the fight against climate change are intrinsically interlinked. The European Commission, the South East European Transport Observatory and the Energy Community Secretariat will continue supporting this work. The Summit noted the efforts undertaken to take forward the two energy efficiency initiatives announced at the Paris Summit and expressed satisfaction with the launching of the REEP + initiative. The Summit reviewed the progress on a Regional Strategy for Sustainable Hydropower in the Western Balkans, which was announced at the Paris 2016 Summit and will be further developed to define guidelines for hydropower development in the region, which ensure respect for EU environmental acquis and relevant international agreement."