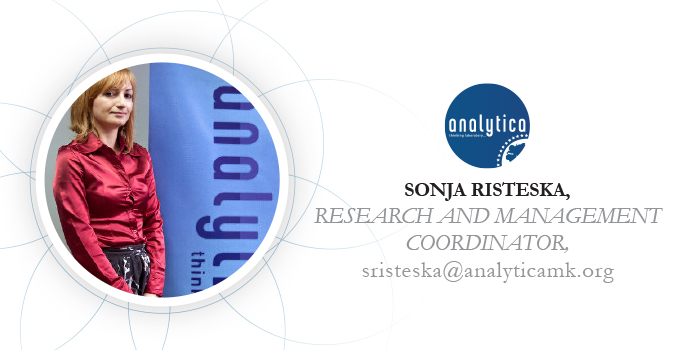 The Russian (gas) connection – how Macedonia did its deals

It is no novelty that Russia is meddling in the Western Balkans. In the last year, especially since the last US elections, the news regarding Russia’s influence in different regions including the Balkans have been increasing. Regarding energy however, this has been going on for a while and in a sense under the radar for several years.

This can clearly been seen from the Guardian report, Russia actively stoking discord in Macedonia since 2008, intel files say, which states: for the last nine years, Macedonia has been “undergoing strong subversive propaganda and intelligence activity” directed from the Russian embassy, according to a briefing prepared earlier this year for Vladimir Atanasovski, director of Macedonia’s administration for security and counter-intelligence (UBK). That influence operation began in 2008 when Greece blocked Macedonia’s attempt to join NATO. Greece, its southern neighbor, disagrees with the use of Macedonia as the country’s name…It says Russia’s foreign policy in the region is “in tight correlation” with its energy strategy. The Kremlin’s aim is to control “strategic energy resources through partnership with the Balkan countries” and to make Macedonia “exclusively dependent”.1

This Commentary presents the chronology of this influence starting from South Stream. In the beginning, long before the Ukrainian crisis, South Stream was hailed as a very good, important project that will finally connect the Balkans to a steady secure gas. At that time the Macedonian authorities did their best to accommodate Gazprom and Russia to include Macedonia in the planning. Picture 1 shows that Macedonia was never part of the plan in the first place. However, the Macedonian government led by VMRO-DPMNE in the years when the project was ongoing did try to connect the country to the planned pipeline. For instance the news from 2013 does state that Macedonia signed an agreement with the Russians. “According to the agreement, in case the study confirms the purpose of building on the basis of the analysis, the Russian state-owned energy giant Gazprom AD and the Macedonian company "Makedonski energetski resursi" AD will form a joint company for the realization of the pipeline project with equal distribution of shares, i.e. 50 percent. The company will also be able to attract new shareholders with further redistribution of the shares…The agreement also determines the obligation of the Macedonian side not to impose any restrictions on Russian investments in Macedonia, conducted under the agreement, as well as to provide the company with customs and tax benefits.”2 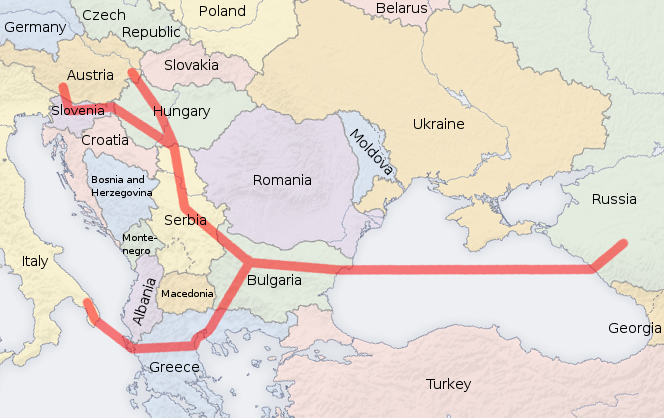 The public however never saw this agreement or its specifics. Its existence is further confirmed with the ‘quiet’ changes in the Law on energy that occurred in 2013 with which the government centralized the previously de-centralized construction of gas pipelines. Analytica in that same 2013 analyzed the Amendments of the Law on energy and the findings were: “...regarding the authorizations of the Government, it is interesting that after Article 166 of the Law (the Minister adopts technical regulations for the construction, maintenance and safe operation of energy facilities, devices and installations), two new articles have been added to supplement the obligations of the Government in the sector natural gas. Thus, Article 166-a states that the Government shall adopt regulations for the technical rules for the design, construction, putting into operation, operation and maintenance of natural gas installations and plants on the proposal of the Ministry. Article 166-b again states that the certificate for the performance and welding of polyethylene pipes for gas pipeline systems issued by another country will have to be recognized in the Republic of Macedonia at the request of the holder and that a separate Commission will be established for this purpose even though the new legislative changes do not specify who will precisely select the members of this Commission. Lastly, the Minister is the one who signs the decision on a proposal from the Commission. Issues that arise with these legal changes in the part of increasing the role of the Government in the natural gas sector are: how will this affect the ongoing and new gasification projects at local level; is this in favor of further centralization of the gasification policy which has so far proved to be ineffective due to slow implementation which saw the rise of local gasification projects that are implemented in a relatively short period of time (about 3 years) and whose first results are a reduction in consumption of energy and saving money, etc.3

These questions were never answered as with the Ukrainian crisis and the sanctions against Russia, President Putin declared the project to be dead. The influence in the energy sector however did not stop there. After that failed agreement, the then Macedonian government, again without any public discussion whatsoever, adopted another Law on financing the construction of the local gas distribution network (local as in only within the country). Analytica wrote several times about this issue in particular. First in 2015, when the construction started wrote the following: “in shortened procedure without any debate the Parliament adopted the proposed Law for borrowing from two commercial banks - Deutsche Bank and Erste Bank for finishing the long overdue gasification of the country (from Block gas station 5 to Negotino and Bitola and from Skopje through Tetovo to Gostivar) in the sum of 90 million Euros. The plan is to borrow 60 million EUR from Deutsche Bank and 30 from Erste in 7 instalments to build 204 km of gas network, and with the ‘Klirinshki dolg’ from Russia in the amount of 75 million EUR to build 60 km of the gas network (from Klechovce to Stip). One raised issue is that the money needed for the kilometres of built gas pipeline are: around 450 thousand EUR per kilometre from the loan and around 1.2 million EUR per kilometre from the Russians. There is no explanation why there is such a big difference in the funds needed to build the one and the other part of the pipeline, which leads to having doubts as how this whole business was arranged with the Russians. The ‘catch’ in the proposed Law on borrowing on the other hand, is that there is a clause which enables that money to be used for budget support (meaning they can be redistributed for something else and not used for the purpose they are taken).”4

Second in 2016 in the Commentary from October that year, it is stated that as for the gasification of the households i.e. construction of the distribution network...the Government adopted a decision to publish a call for public private partnerships for building a distribution network of natural gas that will cover all three regions. There was no specific dead-line given when exactly the call for these public private partnerships can be expected, to which can be added the fact that the pipeline is just at the beginning of the construction. The energy advisor to the Prime Minister Emil Dimitrievski, Mr. Hristijan Mickoski clarified that the Government adopted a decision for 30 new actions, including increasing the period of the concession agreements for the utilization of the distribution network from the initial 20 to 30 years and lowering the cost of the connection for households from 100 to 80 Euros, with the proposal that the rest of the price will be subsidized by the government, as well as the fact that with the gasification all the municipalities will be covered and that the natural gas will be available to all citizens. Analytica maintains the position that gasification should take place together with the municipalities, especially when the distribution network is in question which passes through their territory because they are most familiar with the local needs and problems. The trend through the world right now is to move towards decentralization of energy systems and Macedonia should follow this trend in order to deal successfully with its future energy demand.5

Furthermore at the end of 2016 the news came up that the then government plans to re-start the TPP Oslomej i.e. to modernize it and put it again into production of electricity. As Macedonian reserves of lignite are low, the feasibility study estimated that if the plant is renovated it will need to work on imported coal. Analytica wrote in January 2017 that: “the feasibility study estimated that the sites with lignite in Macedonia are minor, hence why it suggests importing coal from Russia, the Ukraine or Poland which would be transported by rail or waterway...Macedonia is almost entirely dependent on Russian gas, and with such plans for the future would also depend on Russian coal. Here the question arises: how do the institutions care for the energy security of the country, small and energy-poor, if instead of investing in energy efficiency measures, reducing energy intensity and diversification of the energy resources, they go the opposite direction by putting at risk the entire energy system if they make it dependent not only on imported gas but on imported coal as well.’6

After that there was a change in the political situation and a new Government was formed by SDSM after more than 10 years of the previous political elite ruling and currently it is not known in what stages are the above mentioned projects – the construction of the distribution gas network and the modernization of TPP Oslomej. However, from the events ranging 2012-2017 several conclusions can be made that need to serve as a warning for the future of the energy security in the country:

Written by: Sonja Risteska, Research and Management coordinator, Analytica think tank, This email address is being protected from spambots. You need JavaScript enabled to view it.