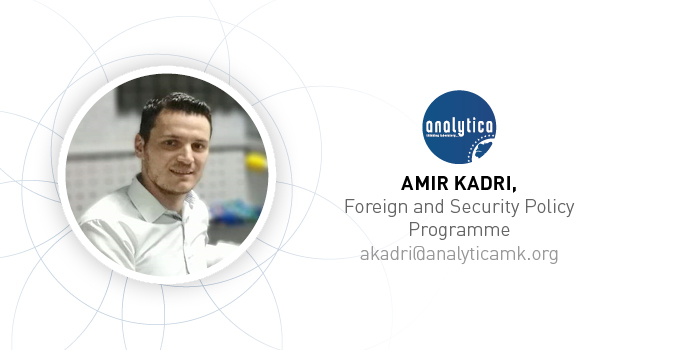 Should religious communities be involved in countering violent extremism (CVE)?

Many analyses and research are done about what are the main reasons of emergence and practice of violent extremism in the Balkan region.

However even after some reasons came up with the research it is very difficult to specify the core factors driving it. Nonetheless, the most frequent mentioned factors are: the ideological conviction that is spread by self-proclaimed religious preachers, unemployment, bad economic conditions, lack of perspective in the country the radicalized live in, dysfunctional families, miscommunication with parents and teachers, etc.

• Macedonia sanctioned as a criminal offense participating in foreign armies and paramilitary formations, but requires continuous measures for its operationalization. In parallel with the measures for the prevention it will undertake measures for their re -reintegration into society.

• Application of complex educational, economic, social and security measures and activities to raise public awareness and resistance to motivating factors and tools that encourage radicalization;

Having in mind that as for Macedonia, in the last years this phenomenon has appeared with references to religion, it is important to address that in the abovementioned points by the state, the engagement of religious communities in CVE is not foreseen at all. There were cases where people from Macedonia were prosecuted and found guilty for fighting for different radicalized groups in the Middle East.2

Thus, considering that the influence of religious communities and preachers in Macedonia is considerably high, they should be part of any strategy that is foreseen for countering any type of violent extremism, particularly on national and local level. This has also been supported by the President of the country Gorge Ivanov which has stated the following: “We must combat radicalization, extremism and terrorism not only with armed forces or security bodies, but also through media, civil society, culture, religious communities, schools and families itself. We can’t let the world be seen as black and white.

In Macedonia we have co-existed together throughout centuries, Christians and Muslims. And this does not make Christians less Christian and Muslims less Muslim. Contrary, it makes both sides more experienced. That’s why we must help the Islamic Religious Community in combating against isolated extremist individuals in order to prevent radicalization.”3

Macedonia needs a tighter cooperation between the two biggest religious communities of the Christians and Muslims by organizing round-tables, debates, or similar activities about tolerance and social cohesion, and especially it would be necessary to hold joint statements against any type of extremism, whether it is religious, national, in sports, etc.

Extremism in Macedonia is not at an alarming level but however, if it is not addressed in a proper way, it can become problematic for the national security. For this reason it needs a more attentive and inclusive approach.

1 - The strategy for counter-terrorism for Macedonia, adopted in March 2016

3 - Speech of the President Ivanov http://telma.mk/vesti/godishno-obrakjanja-na-pretsedatelot-ivanov-pred-pratenicite

Written by: Amir Kadri, Foreign and Security Policy Programme This email address is being protected from spambots. You need JavaScript enabled to view it.