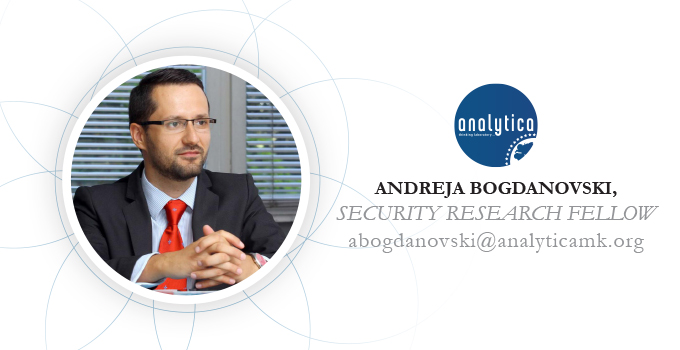 Reforms of Macedonia’s intelligence services, where to begin?

With the formation of the new government led by SDSM one of the most frequently mentioned reforms is the restructuring of Macedonian intelligence services.

Realistically speaking it is not that difficult to assume this would be the case, especially after the revelations of the so called “bombs”, a massive political scandal related to the work of Macedonia’s counter-intelligence service-UBK. In 2015 SDSM started airing what they claim was an illegally wiretapped material by the UBK showing (alleged) corruption among high-level politicians. Additionally, SDSM also claimed that thousands of citizens have been illegally wiretapped by Macedonia’s counterintelligence service. This political scandal revived SDSM as a strong opposition party allowing them to stand firmly against the then VMRO-DPMNE leadership.

Two years later it seems that the more difficult job is completed, meaning that with the new government the reforms in the intellgence arena in theory should go smoother. The areas of concern are detected, there seems to be political will within the new government to push for reforms and the international community in general supports rule of law related reforms. However the most important question at this point is where to start and how big/small the reforms should be? The first step in this direction will indicate whether the idea for reforming Macedonia’s inelligence services will collapse as a house of cards or not.

What already exist in this direction are the Priebe recommendations1 which target to a great extent the work of the intelligence services. The document as such is solid, but rather extensive and taking into account the time period in which it was published (spring 2015) some of the recommendations such as those related to the early parliamentary elections are past their best-before date. Here one can maybe identify the reason for the announcement of Priebe2 delegation coming this summer. While the reforms in the intelligence arena will be gaining on momentum the main question is the size of the reform and whether the three existing intelligence services should once–and-for-all me rge?

The capacities for such an overhaul of Macedonia’s intelligence sector at the moment are rather weak. The new parliamentary majority is fragile. Furthermore, the actual political landscape complicates such big reforms. The President of the country Gjorgje Ivanov comes from VMRO – DPMNE and has under his authority the Intelligence Agency which is tasked for external intelligence gathering and analysis. This makes the big reforms plan close to mission impossible.

Any type of big reforms which would mean merging of the agencies together is not possible without the green light of the President and the Head of the Intelligence agency. This is not problematic as such taking into account he need for inclusiveness of all stakeholders in the reforms. Aside the political obstacles which are rather big, major reforms in this domain require sizeable financial as well as human resources (from home and abroad). At this moment indications for concrete investments are not there yet.

That is why the focus of the reforms should be directed at the reanimation of the external and internal oversight system. Parliamentary Committees overseeing the work of the intelligence services including communications interceptions have a solid structure. The area which requires intervening at the moment is putting additional political pressure towards the newly elected Heads of the Parliamentary Committees in order to secure proper oversight of the intelligence services. Furthermore, immediate support is needed for the establishment of an advisory body consisted of various profiles (legal experts, IT specialists, financial experts etc.) with the aim of providing knowledge and support to members of the committees. Reforms would also mean change of the Committees Rulebooks which would outline clear tasks for the Heads of the Committees, clearing up the confusion over inspection visits etc. Because of the importance of the Committees they should also have an annual independent budget. On the other hand the internal oversight should also mean number of reforms inside the intelligence services where the role of the “General Inspectorate” should be maximised.

There are of course a number of micro-reforms which if they recieve the needed comittment from the political leadership as well as the international partners could drastically increase the oversight of Macedonia’s intelligence services.

1 Recommendations of the Senior Experts' Group on systemic Rule of Law issues relating to the communications interception revealed in Spring 2015: