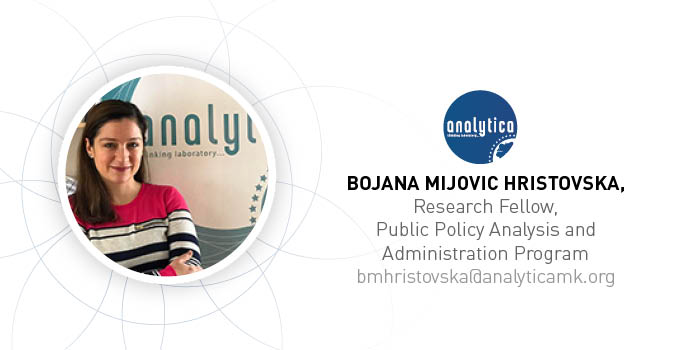 A key element for accelerating the economic development of a country is to develop the financial sector. That is the reason why the main goal of the regulatory and supervisor bodies in the country are creating and implementing policies in order to increase the stability and competitiveness of the financial sector to the level in which its successful integration into the global financial services market will be enabled. In response to the worst economic and financial crisis, there were measures taken to address the adverse effects and pressures and to maintain the favorable macroeconomic environment of the country.

However, it is always a challenge for one country to be well prepared in order to give a preventive answer in this financial world where everything is changed very fast. One thing that is inevitably true is the fact that the world will never be the same after the recent financial crisis. Hence, what is crucial is the fact that the recent financial and debt crisis emphasized the importance of taking and implementing precautious regulatory and supervisory measure for preventing the financial sector stability. In this regard, there are number of regulatory, supervisory and institutional measures that should be implemented in the financial sector in order for its more efficient functioning and preparedeness for the future challenges. In this second part we are talking about the bank resolution framework.

The financial crisis povided clear evidence of the need for more robust crisis management arrangements at the national level as well as the need to put in place arrangements to better solve banking failures. Likewise, the financial crisis emphasized the very important fact that the banks and other systemic financial institutions could not be allowed to fail, but there was no simple solution for a bank to continue to provide its banking functions while in insolvency. Also, in the case of a failure of a large bank, those functions could not be shut down without significant systemic damage. In the absence of mechanisms to organize an orderly wind down, the countries have had no choice other than to bailout their banking sector. The EU state aid to support banks has amounted to 13% of GDP. The impact on taxpayers is obvious.

A new crisis management framework is essential for making the financial system sounder. It is crucial for the banks to be stronger, with higher levels and better quality of capital, the depositors protection to be higher and the supervision to be better. The regulatory and supervisory bodies must have on their disposal tools that will enable them to prevent the systemic damage caused by disorderly failure of such institutions without exposing taxpayer to lose. In order to ensure fast intervention to prevent losses from growing once banks become severely undercapitalized, timely intervention is crucial.

Nevertheless, at this moment it is important for the Republic of Macedonia to adopt better national framework for bank crisis resolution. In this regard, the most appropriate resolution tools of the broader framework aimed at preventing a possible financial crisis and strengthening the financial system would be establishing banks resolution funds and bridge bank.

As it was mentioned before, it is very important for the countries to implement such resolution tools that will ensure that future bank failures will not be at the cost of the taxpayer and will not destabilize the financial system. Namely, as a result of the financial crisis, the governments have had to use large amounts of taxpayers' money to support their financial sector, have maintained financial stability and protect depositors. For that reason, there is a measure needed for ensuring that if bank failures arise in the future, robust mechanisms backed by private money are in place to deal with them.

Such a measure is the establishment of ex ante resolution funds. This would mean a requirement for the country to establish fund into which banks are required to pay a levy. The funds would not be used for bailing out or rescuing banks, but only to ensure that a bank's failure is managed in an orderly way and does not destabilize the financial system. Namely, this will be a system in which the 'polluter pays' principle will be applied. Thus, the taxpayers should not continue to bear the heavy cost for rescuing of the banking sector.1

Nevertheless, implementation of this bank resolution tool would enhance the resilience of the banking sector. Also, the existence of large bank-funded schemes resolves the important 'moral hazard' issue by emphasizing the fact that shareholders and uninsured creditors must be the first to face with consequences of a bank failure and that resolution funds will have no insurance policy, and be used not to bail out failing banks, but rather to facilitate an orderly failure. It is important to notice that this resolution tool should be focused on systematic important financial institutions (banks). This focus is justified by the special nature of banks – their unique role as providers of credit, deposit-takers and payment intermediaries – which give rise to particular problems and public policy objectives in the event of a bank failure.

Establishing of pre-funded schemes would constitute the best use of bank levies. Hence, these funds would be designed to provide financing for the types of measure, such as providing financing for 'bridge bank' operations.

Learning from the experiences of the global financial crisis, a very important issue to be considered is the fast treatment option and cost reduction in time of crisis. Thereupon, this includes possibility for establishment of the so-called bridge bank. The bridge bank tool is a tool that enables resolution authorities to transfer all or a part of the business of the credit institution to a bridge bank. The bridge bank tools allow the resolution authority to “bridge” the gap between an institutions failure and the time when a suitable purchaser is found. Namely, a “bridge bank” should mean a company which may be wholly owned by one or more public authorities or by the resolution authority. In this case, it would be the Deposit Insurance Fund in which the bank resolution fund would be established. This tool is attractive esspecially for sistemic important financial institutions – Banks.2

The bridge bank should be entitled in accordance with the Banking Law and the appropriate bylaws, so as to carry on the business resulting from the transfer of rights, assets or liabilities by means of the bridge bank tool. Also, it would be subject to supervision in accordance with the Banking Law and the appropriate bylaws and the supervisory practices of the National bank. The resolution authority should appoint directors and managers of the bridge bank and it would operate the bridge bank as a commercial enterprise. A bridge bank would take over deposits and other “sound” banking activities, thus ensuring their continuity. All other assets and liabilities, together with the price received for the transfer of assets to the bridge bank, would remain in the “residual” bank, on which its banking license will be revoked.

1* European Commission. (2010, May 26). Bank Resolution Funds. Communication from the Commission to the European Parliament, the Council, the European Economic and Social Committee and the European Central Bank. Retrived November, 2010, from: http://ec.europa.eu/internal_market/bank/docs/crisis-management/funds/com2010_
254_en.pdf

This email address is being protected from spambots. You need JavaScript enabled to view it.